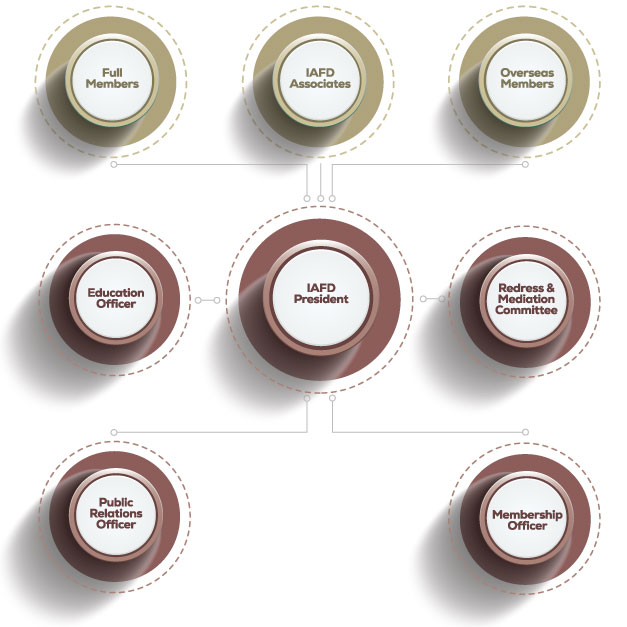 ‘To inspire our members to achieve standards of excellence, in order to help them serve their communities and represent the funeral sector as one voice, in a professional and client focused manner’.

Our History and Purpose

The IAFD was established in 1979 as a group of funeral directors working together to improve client service standards and to provide representation for the members. It continues today to introduce initiatives aimed at achieving excellence in funeral service and in a representative role. Its cornerstone is an evolving Code of Practice which members are obliged to abide by, underpinned by Quality Standards detailing the level of competence a family can expect when dealing with an IAFD member.

IAFD currently has approximately 260 full member firms. It is estimated that our members conduct 80% of the funerals arranged annually on the island of Ireland. The IAFD also has Associate Members who provide services and products required for the provision of funeral services - many of these are indigenous businesses providing employment throughout Ireland. IAFD also has a number of overseas members.

The IAFD Code of Practice applies to all full members and ensures a consistent set of standards that clients of IAFD funeral directors should expect. Further details about our code of practice can be found by clicking here.

IAFD promotes sector specific education and currently provides a course entitled the Funeral Directing Certificate Award (FDCA) which has been designed to increase knowledge, improve skills and enhance competencies. IAFD provides it's training on a not-for-profit-basis.

The IAFD is governed by a Board of Directors which is elected by its members bi-annually in General Meeting. The directors are men and women from all parts of Ireland who are highly experienced in the provision of funeral services. They come from varying backgrounds and different sizes of businesses and are located around Ireland in urban and rural areas. They provide their services on a voluntary basis and are passionate about what they do. The diagram above shows how the board of directors of the IAFD organises its activities in order to achieve the strategic objectives of the association.

Accept All Reject All Settings